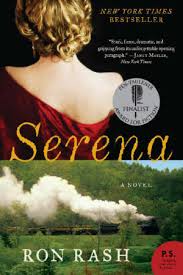 I just finished reading Serena by Ron Rash and it rocked my world. The title character is a Scarlet O’Hara type, obsessed with land and willing to do anything to get it. She gets what she wants by any means necessary. I loved the book so much it lead me to think about all the other lecherous yet awesome females of literature, and how they are far more memorable than any princess will ever be.

In honor of Serena, here is my list of the most detestable ladies of literature. PS – This may include spoilers. No endings are given away, but I do let you know some of the more colorful aspects to these characters.